The Donmar’s all-female Shakespeare Trilogy, directed by Phyllida Lloyd, in a screen version co-produced with Illuminations, will be made available across the UK from Sunday 17 June as part of the BBC’s Hear Her season. Beginning with the broadcast of the first in the Trilogy, Julius Caesar, at 9.50pm on BBC Four, the entire Trilogy will then be available on iPlayer for six months. 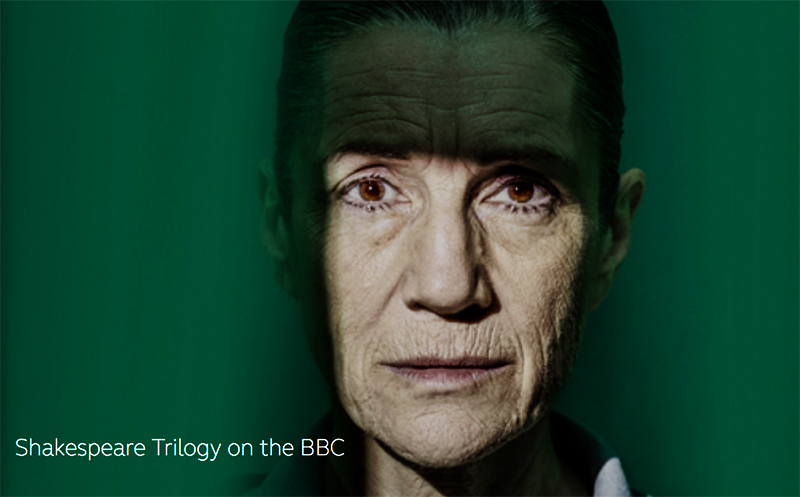 Described by Susannah Clapp (Observer) as ‘one of the most important theatrical events of the past 20 years’, the Donmar Shakespeare Trilogy began in 2012 with an all-female production of Julius Caesar led by Dame Harriet Walter. Set in a women’s prison, the production asked the question, “Who owns Shakespeare?” Two further productions followed: Henry IV in 2014 and The Tempest in 2016, all featuring a diverse company of women.

The film versions were shot live in a specially built temporary theatre in King’s Cross in 2016. Extensive post-production followed to create the final versions. Charlotte Higgins’ Guardian article has some of the background:

The Donmar has created an incredibly rich companion website, for schools and for everyone interested in learning more:
https://shakespeare-trilogy.donmarwarehouse.com/

The films are directed, as were the stage productions, by Phyllida Lloyd. The live screen director is Rhodri Huw, working in close collaboration with Phyllida. Theatre credits and cast lists can be found here:
https://www.donmarwarehouse.com/shakespeare-trilogy-bbc/

The consultant editor is Justine Wright, with editors Jo-Anne Dixon, Russ Clapham and Dyl Goch. The associate producer is David Gopsill. The producers are Kate Pakenham and John Wyver.

The screen versions of the Shakespeare Trilogy are a Donmar/Illuminations production, supported by The Space, Arts Council England and BBC.